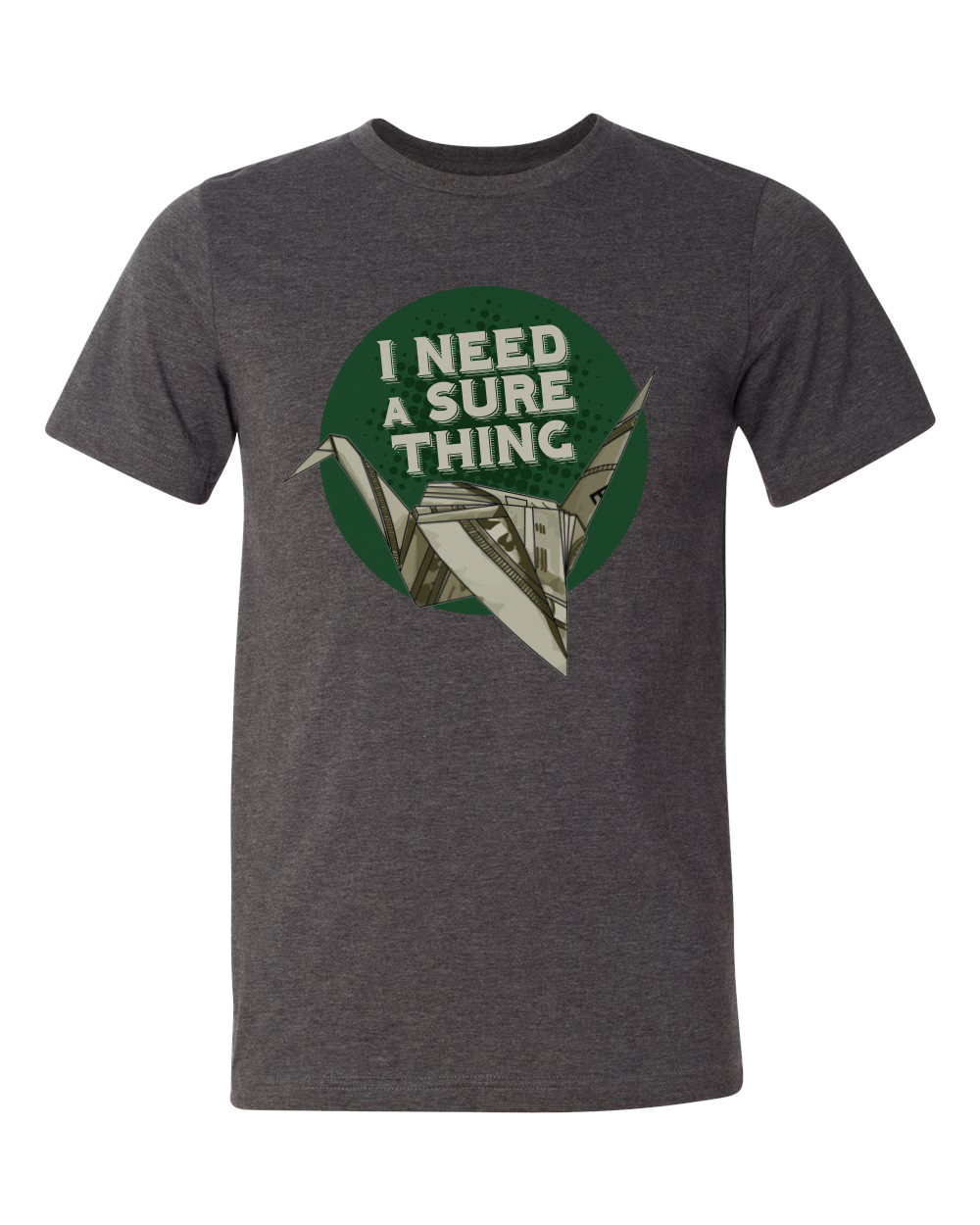 I Need a Sure Thing

The song “I Need a Sure Thing” appeared first during Dashboard Confessional’s 2004 tour where it was presented as a new song. The song would have been written after the release of A Mark, A Mission, A Brand, A Scar in 2003 and long before the band went to the studio in 2005 to start recording Dusk and Summer. It was likely that the band didn’t think the song fit with the upcoming album, so the song was set aside an not revisited again.

The shirt design started from the song lyric: “You are a paper bird / Folded and folded and creased / And bent and shaped from a five dollar bill.” From there, a font style similar to that of U.S. currency was used for the text. A large green circle was placed on the background to tie the elements all together. (Final t-shirt design by Blink Tees.)